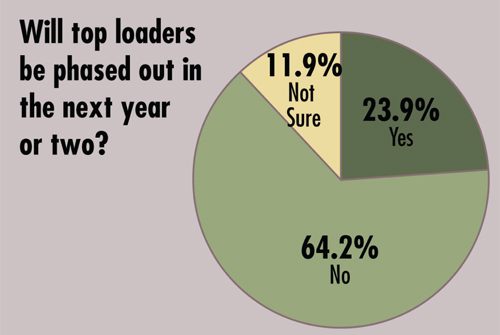 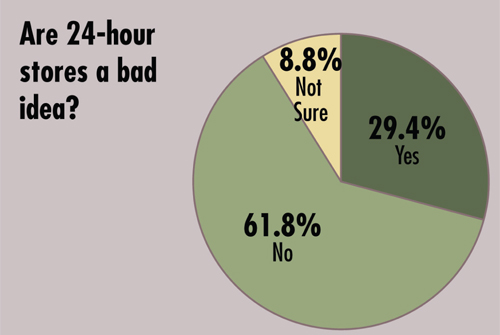 CHICAGO — “You can’t do that!” How many times has a fellow operator or even a distributor chided you about your business plans? Every industry has its own set of “theories,” although not everyone agrees on them. The latest Wire survey examines some of the industry's more popular theories. TOP LOADERSBring up the subject of top loaders, and you’re sure to bring up the blood pressure of some of the people in the discussion. Will top loaders be phased out in the next year or two? Sixty-four percent of respondents say no, while 24% say yes. Twelve percent are not sure.VIDEO GAMESAre video games worth the trouble? Does bringing in non-laundry customers to play the games offset the extra revenue? Thirty percent are against using video games. Fifty-eight percent favor using games, while 12% are undecided.OPEN ALL NIGHTThirty percent believe 24-hour stores are a bad idea. Sixty-two percent of respondents disagree, and 8% are not sure about the concept.CUSTOMER RESPECTWill a well-kept laundry reduce your chances of vandalism? Eighty-five percent of respondents believe so. Only 12% don’t see a connection between the store condition and vandalism.A NICE PLACE TO VISITIf customers have too many amenities at your store, is there a chance they may stay around after their wash and take up space? This vote was a bit closer than some of the others. Thirty-two percent of respondents believe customers may hang around if you give them a reason or two to do so. Fifty-six percent of respondents don’t think customers will stay around after their laundry chore, and 12% are undecided.THE BEST WAY TO GOThree out of four respondents say word-of-mouth advertising is the best form of laundry advertising. Twenty percent disagree, and 5% are not sure.DRYER WOESDo people notice (and complain about) any type of dryer price change/reduction of minutes more than a comparable washer price change? Forty-nine percent say yes. Thirty-five percent don’t think so, and 16% aren’t sure about dryer price changes.