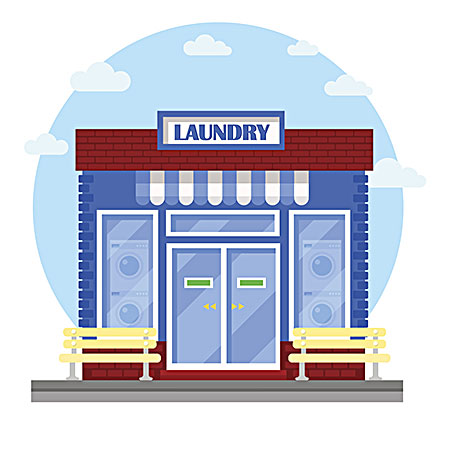 How to ID opportunities and take advantage of them

CHICAGO — If you get the sense that your customer base is thinning out and your store is looking a little worse for wear, it’s probably time to consider retooling with new equipment. And with the U.S. economy in good shape, there may be no better opportunity to act than now.

“Because of the recovered economy, the low cost of money [financing], a lot of people have retooled entire stores in the past few years,” says Bryan Maxwell, who’s worked in sales and marketing for California-based Dexter distributor Western State Design for more than 25 years. “I think if you spoke with most manufacturers of laundry equipment, I think you’ll find they’ve had record sales because of that fact.”

“For an older store, I think it’s important to retool to keep your competition out,” says John Francis, sales manager for Speed Queen distributor Commercial Equipment Co. in Texas. “I have customers that drive around and look for an area that might have two or three older Laundromats that are unattended and not well-kept. They know they can go in and take advantage of that.

“It would be helpful for the existing Laundromat owner to realize that it might be better to put in larger machines and upgrade the store to keep the competition out, because it’s just a matter of time before somebody will.”

Retooling in terms of complete renovation most often happens with a store acquisition. It’s not uncommon for a store owner to upgrade his/her existing Laundromat, either a portion or the entire facility.

The state of existing wash/dry equipment, the local competitive landscape and changing demographics are among the factors that might encourage one to retool.

Concerning equipment, it may be either the machinery is no longer sustainable due to increasing maintenance and repair issues, or it’s somewhat outdated when compared to today’s high-efficiency models.

“With the higher-efficiency equipment, people are retooling even if the equipment is not in disrepair simply because the new equipment may use 10%, 20%, 70% less utilities,” Maxwell says.

Also relatively new to the game is the ability to monetize additional features like a pre-wash or extra rinse, described by Maxwell as a “value-added wash cycle.”

Installing new washers and dryers offers a natural opening for store owners to increase vend prices to help pay for their investment.

Some benefits of retooling—utility savings thanks to greater equipment efficiency and the opportunity to charge higher vend prices—have already been mentioned, but there are still more. A more modern look attracts more customers, a store can provide additional wash capacity through larger machines, and new equipment controls offer greater store management tools.

All of them work together to streamline the laundry process and enable customers to get in and out of a Laundromat more quickly.

“Increasing return on investment is the most important quality (of retooling), but I think time and how people spend their time, at least in California, that is as important as any other quality,” Maxwell says.

“We’re building stores that are much larger and offer way more features than your grandfather’s Laundromat,” says Francis. “We have stores that have Wi-Fi, hair salons, restaurants. If you’re a small, dingy store in a good area and you haven’t been taking care of your customers, I would say, ‘Look out, because somebody’s coming to get you.’”

So, where are the opportunities for upgrading?

“I’d look at the weakest area in my store,” says Harker. “I’d look at what’s costing me the most, the least efficient equipment I have in the store. I would focus on that area first. Generally, that’s people using top-loading machines vs. front loaders.

“Weakness number two is (not) having large enough machines in your store. I can’t overemphasize that having a 60-, 80-pound washer in the store where you have no big equipment will generate untold dollars.

Gentrification of neighborhoods—an influx of middle-class or affluent people into deteriorating areas—often produces opportunities based on service offerings instead of equipment, Maxwell says. The nature of the opportunity should help guide one’s retooling decisions.

Before embarking on any sort of retooling project, the distributors say, take your time to perform due diligence, then enlist the aid of a distributor or other experienced, trustworthy industry authority to help guide you through the transition.

Every retooling project will be unique, and opinions vary on closing a store completely to retool vs. closing off a section to do the work. Whatever form your project takes, it’s important to keep customers informed about what’s going on, the distributor reps say.

“When the equipment is ordered, and the owner knows they’re going to do this, then they need to start putting up signs in their Laundromat” that explain what’s going to happen, Francis says. “They also need to let their attendants know so they can start letting customers know.”

Maxwell recommends running the store for a month following a retool to work out any kinks, then schedule a grand opening to “welcome back” customers and promote your upgrades.