CHICAGO — Earlier this year, we introduced “Incorporating Pickup and Delivery,” a three-part series exploring the hot service trend. Part 1 examined the labor and workflow considerations tied to such a service through the eyes of a trio of laundry owners.

This month, with the help of four more laundromat operators, we continue our series by assessing the use of delivery vehicles, computer software and potential add-ons the new service can require.

Once a laundry offers drop-off wash/dry/fold service, moving into pickup and delivery (PUD) can be a natural evolution. Especially when circumstances like a viral pandemic create big opportunities.

Hank Nelken, who owns and operates three Half Price Laundries in California’s San Fernando Valley, got into PUD after he opened his second store in April 2020, just as the pandemic was declared. His first store soon saw a 25% drop in business.

“I thought let’s do pickup and delivery, because everybody’s getting stuff delivered,” Nelken says. “It was just me, driving my car, and I just used Square as a way to make appointments; it was real basic.”

He did that for a few months, then recruited a driver and paid him for gas. As business grew, he bought a used white panel van and branded it.

“No. 1, putting a logo on a van and having it drive around is a nice way to get some advertising. It’s hard to quantify who’s called from (seeing) the van but it’s out there, driving around, so it’s marketing.

“Also, when you pull up to someone’s place, it’s professional. When you pull up in a car, they think it’s rinky-dink. (With the van), it feels like more of a real business. Frankly, once you get so many orders, you can’t fit them in the car anyway.”

While spiffing up the van on the outside, he didn’t do anything to outfit it for PUD inside … at first. Eventually he invested thousands in shelving, clothing bars and racks to “make it official.” He’s looking to add a second van now that his third store just opened this month.

“Without some kind of software system, you just can’t scale it,” he says. “You could do one store and take care of it all yourself, be organized, and you can do it. But if you really want to scale it … and let it grow, you’ve got to have some kind of system in place.”

Only until recently, Nelken was relying on one person to handle both laundering and driving duties.

“I knew it would work for the very beginning. But we’ve already grown out of that. Just this week, I hired a different driver. We’ll see how that works in terms of splitting it up.”

For partners Kristyn Van Ostern and Laura Simoes, the PUD service they offer serves about two dozen southern New Hampshire communities. They bought an existing laundromat in 2017 to start their Wash Street laundry services company in Manchester but PUD didn’t come until later.

“It was a challenging element to add,” Van Ostern says. “It probably took us about a year from when we first thought of the idea of adding it when we bought the laundromat to being able to actually execute on it.”

They admit making a mistake early on “by hiring drivers but having them use their own vehicles,” she says. “That does not work if you have a robust PUD service. We didn’t really start growing that until we purchased our own vehicle in 2020.”

That was a Nissan NV200, the smallest van they could afford at the time.

“As it turns out, we know exactly how much laundry it can hold, because we have maxed it out multiple times—about 1,200 pounds.”

“It really hurts to have to essentially leave money on the table when you’re at a pickup and you can’t get everything in the van,” Simoes says. “It’s soul-crushing.”

They have another vehicle on order, attracted to its much larger cargo space: “We have pickups of 3,000 pounds, so we knew it had to be able to fit at least 3,000 pounds,” Van Ostern says. “It’s about figuring out how much you’re going to pick up before bringing it all back again.”

The partners hire workers to fold laundry and if they’re skilled enough, they give them a shot at driving. They say it’s effective because these individuals know the business intimately.

“Sometimes, you’re the only face,” Van Ostern says of these employees. “(A customer) may never set foot in our store, so you’re the only representative of Wash Street, so it’s important to us that you be able to answer basic questions.”

A point of sale system with route optimization software enables Wash Street to accept and fulfill PUD orders, including some very large ones placed by the area’s many summer camps.

“One of the things that folks who get into the PUD business don’t realize … is the space you need, storage for the bags that may not be going out that day,” Van Ostern says. “That racking takes up a lot more room than we had planned on. We ended up with a POD, like a storage unit, that we have outside of our store because … we needed more space.”

A second one for cleaned goods may become necessary this summer, she adds. 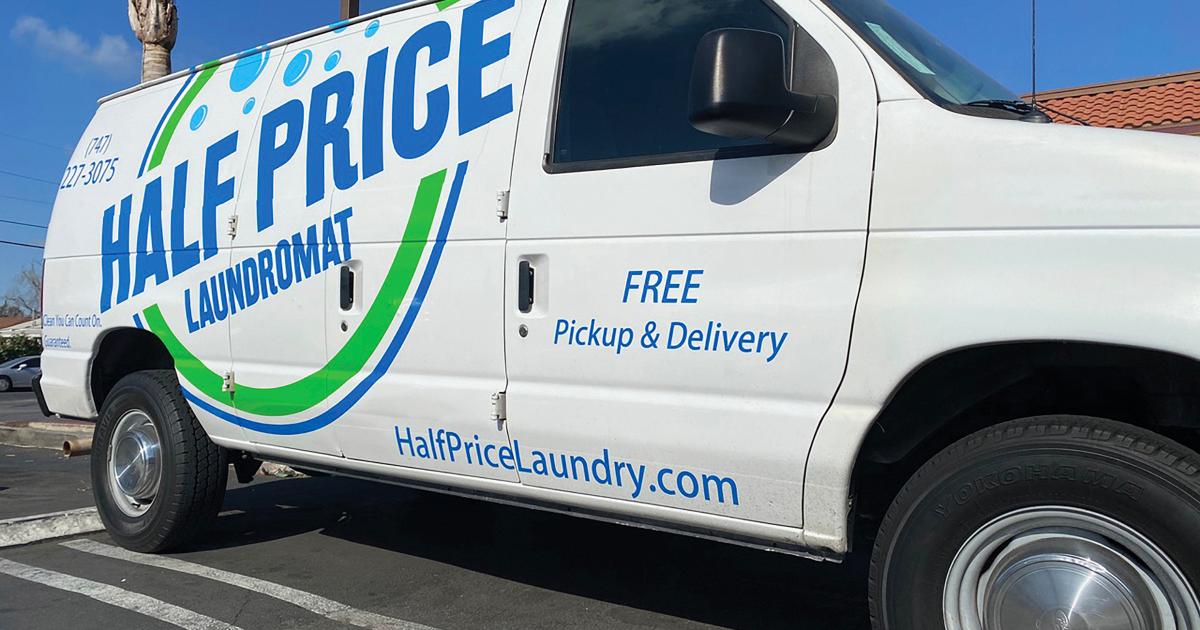 Driving a personal vehicle for deliveries can be seen as “rinky-dink,” says Hank Nelken, while a dedicated delivery vehicle presents an air of professionalism. (Photo: Half Price Laundry) 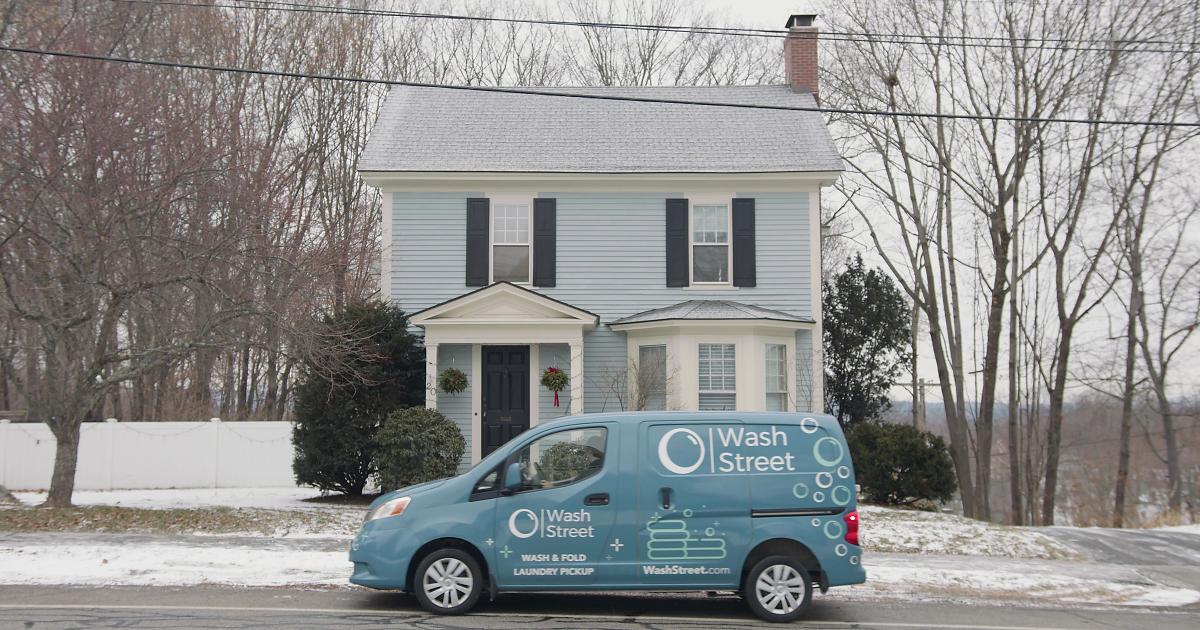