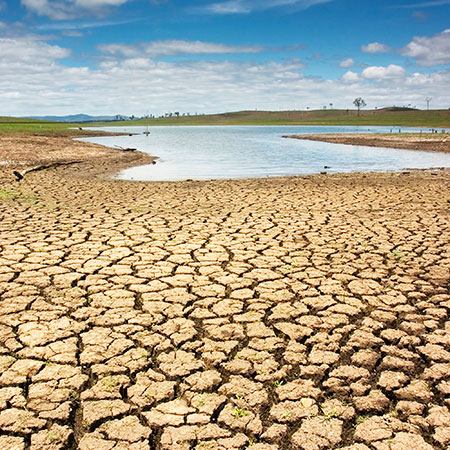 “The water and sewer costs for the average coin laundry is somewhere between 10-15% of their gross income on a monthly basis,” says Brian Brunckhorst, owner of Advantage Laundry, Hayward, Calif., and president of the Golden State Coin Laundry Association (GSCLA).

This reality has become even more apparent for coin laundry operators in California, as the state’s drought conditions have worsened in recent times, prompting Gov. Edmund G. “Jerry” Brown Jr. to officially declare a drought state of emergency in January 2014.

As conditions worsened, Gov. Brown issued a series of executive orders necessary to address California’s severe drought conditions, ultimately leading to his most recent order of a statewide 25% reduction in water usage—the first ever in the state’s history.

As residents and water municipalities in California implement strategies to better conserve water in light of this mandate, professionals in the state’s coin laundry industry have begun to not only explore ways they can cope, but also what this 25% reduction in consumption means for their coin laundry business.

So, how can coin laundry operators in California do their share in helping reduce water consumption?

One of the tips Brunckhorst shared with members of the GSCLA is to check for leaks in their washers.

“Leaks can comprise of a lot of water waste. And so … check for leaks in the hose, in the water line, in the drain valves—anywhere where incoming water is coming in,” he says.

“There are certainly some commercial washers that have more wash cycles [than] are really necessary,” he says. “The machines that are designed today can effectively, and very efficiently, wash clothes with a single wash cycle and two rinses.”

Another possibility to look into: lowering a washer’s water levels.

“In some of the newer equipment on the market, it gives us the ability to actually adjust water levels,” says Brunckhorst. “There might be some cycles that your washers are programmed where they use more water [than] is really necessary.”

BOON TO THE INDUSTRY

“More people will probably be coming to the Laundromats because they’re going to want to save on their water consumption for which they’ve been allotted on the home front,” she says.

Brunckhorst agrees: “I think that, quite frankly, [it] will get people coming from homes to wash in Laundromats to reduce their home usage so they comply there.”

“It’s quite possible that the drought will actually drive businesses to Laundromats and that the Laundromats should be increasing their prices to account for the increased expenses,” he adds. “It could be a boon to the Laundromat business and actually be a positive thing, and not a negative thing.”

In addition to doing their share in reducing water consumption, Kurt Archer, salesman at California-based distributor Western State Design, and Brunckhorst advise operators in the state to educate others on the benefits that the vended laundry industry provides.

“I would suggest ... people in the industry to get involved and not just sit by passively and wait to see what happens,” says Brunckhorst.

“Attend the water district meetings and present how increasing water rates for coin laundries … hurts the customers that we serve.”

“Those customers are low- to lower-income families. ... They’re amongst the poorest in our community—those are the ones that we tend to serve the most,” Brunckhorst says. “So, if they increase water prices for us, and we have to pass that along to those people, it’s almost unfairly targeting that segment of the population.”

“As a group of owners and operators, it’s important to educate those that are going to be making the rules,” says Archer.

“The usage from Laundromats is minimal. They might be an easy target when they start off, but if [regulators] are educated at all, I think that we’re going to be able to show how much of a service we provide and how efficient we already are.”

Missed Part 1 of this story? You can read it now HERE.

Greg Jira, show director for The Clean Show, owned by Messe Frankfurt, suggests how you can gain the greatest benefit from attending any industry trade show, and previews Clean 2022 coming up in July in Atlanta.