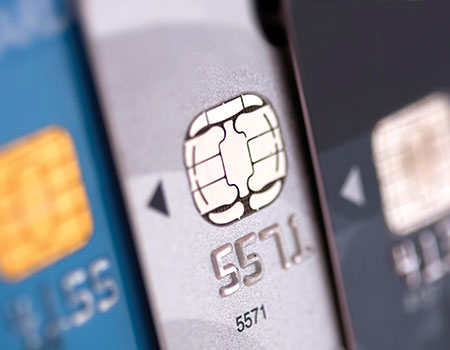 CHICAGO — Consumers are growing increasingly more comfortable with making cashless payments using credit or debit cards or even their smartphones.

In the United Kingdom, cashless payments have overtaken the use of currency for the first time there, according to the Payments Council; the use of cash by U.K. consumers, businesses and financial institutions fell to 48% of payments in 2014. The industry body says that consumers are moving toward debit card, contactless and mobile payments and away from cash.

Closer to home, 80% of U.S. consumers use debit cards to pay for everyday purchases such as gas, meals and groceries, according to American Credit Consumer Counseling.

The prevalence of smartphones and their computer-like capabilities have led to the creation of mobile wallets, which are digital versions of traditional wallets that someone would carry in their pocket, according to Chase Paymentech, a mobile wallet offered by JPMorgan Chase & Co.

Variations exist, but usually they can hold digital information about credit and debit cards for making payments; store coupons and loyalty programs; and more. Consumers just activate an app, tap an NFC-enabled (Near Field Communication) payment system with their phone and enter their PIN to complete the transaction.

ApplePay and Android Pay are two well-known mobile-wallet examples. Now, there are reports that major retailers like Walmart and Target may be developing their own.

This increasing acceptance of cashless payment, especially when paying for small-ticket purchases and personal services, is having an impact on the self-service laundry industry.

While industry surveys continue to show the vast majority of U.S. self-service laundries are still coin-based, there’s no denying that the share of cashless stores—“coinless” may be a more appropriate term—is growing larger by the year.

In the most recent State of the Industry Survey, published by American Coin-Op in April 2015, the shares of card-only stores and stores that offer both payment types (“hybrid” stores) had increased since the previous year’s survey.

Approximately 66% of respondents to the unscientific survey said they operated coin-only stores, 7.9% operated card-only stores, and 26.3% operated both in 2014. The prior year, the percentage of hybrid stores was only 12.7%.

Even as cashless payment is taking greater hold among consumers, instances of retailers having their networks compromised and customer data stolen has caused credit card companies to develop EMV, a security standard for payment cards and mobile payments.

Named for founders Europay, MasterCard and VISA, EMV defines a set of security standards for credit/debit card transactions as well as NFC mobile payments, according to digital security firm Gemalto.

EMV cards use a smart chip instead of a magnetic stripe to hold the data needed to process a transaction (the card retains a magnetic stripe for use at retailers unequipped for EMV, but it’s unknown how long card issuers will continue to include it).

Prior to a major liability shift that took place on Oct. 1, monetary losses resulting from fraudulent credit card use were absorbed by credit card issuers and payment processors, not merchants. Now, merchants accept some liability for fraud losses if they fail to implement EMV chip card terminals, according to Paychex, a provider of integrated human capital management solutions for payroll, human resources and more.

According to the latest Paychex Small Business Survey, 56% of business owners across all industries are aware of the liability shift and 29% are equipped to accept EMV chip cards. Those numbers increase significantly in the retail and restaurant/F&B spaces—those industries most likely to feel the greatest impact.

Of the respondents in those two industries, a combined 69% are aware of the liability shift and 47% report having the necessary payment acceptance equipment in place.

Laundry owners are under less pressure to accept EMV cards because “fraud in the small-ticket, unattended markets [is] really nil,” according to Michael Schantz, president of Setomatic Systems. For example, VISA has announced that small-ticket unattended merchants, including those in vending and laundry services, are not forced to accept the chip cards, he says.

There’s no telling if the U.S. will ever truly become a cashless society. But as businesses like self-service laundries offer easy-to-use, secure payment options that don’t directly involve coins or currency, there’s reason to think it’s possible.