CHICAGO — The ease with which consumers can connect with businesses through the apps on their smartphones or the websites accessible from their personal computers has never been greater.

A January 2014 Pew Research Center survey revealed that 87% of American adults use the Internet. Add to this the proliferation of smartphones—Pew reports that, as of October 2014, 64% of American adults have such a phone—and their increasing functionality places unparalleled tools at a consumer’s fingertips to easily order and customize service experiences.

The idea of wash/dry/fold isn’t new, and neither is the concept of pickup and delivery. But developing an app through which a customer can order laundry service, share preferences and request delivery is a relatively new trend. A number of players have entered the market in hopes of capturing the do-it-for-me crowd.

In metropolitan cities like New York, Chicago and San Francisco, or in commuter-heavy areas like Bakersfield, Calif., these businesses will gladly pick up one’s dirty laundry, have it cleaned, and then return their clothes to them for a price.

The companies behind these laundry service mobile apps either process the laundry in their own facility or they partner with a Laundromat or Laundromats in the service area to do the cleaning.

American Coin-Op spoke to some developers of such mobile apps to get a sense of what they offer and where they see on-demand laundry services going in the future.

Starchup is a new entry among the laundry app start-ups, having gone public in September. CEO Nick Chapleau co-founded it with Dan Tobon. They got the idea from Tobon’s father, whom Chapleau says works in marketing in the Laundromat industry.

Rather than establishing a service that could be seen as being in competition with existing laundries and dry cleaners, Chapleau says, “we knew there were thousands of excellent laundry and drycleaning operators out there in the market who have been doing it for years, might not be able to build a mobile app or might not have that kind of technological ability, but can certainly clean your clothes better than anybody else.”

Starchup focuses on connecting a laundry or dry cleaner with customers they may not otherwise reach.

“The goal is to connect you with customers you might be losing to someone who has better technology. Because of Starchup, you’re able to reach those customers and possibly widen your demographic reach generally by getting a younger, busier customer base who might forgo [doing laundry] because it’s a pain in the butt but if you’re going to come pick up their clothes at their house, they’ll do it.”

There is no set-up fee. Each Starchup client receives a free trial, then a paid trial before full pricing—a monthly subscription fee plus a “small percentage” of each software-driven transaction—takes effect, according to Chapleau. Clients can choose from among different tiers of service to find a package that suits them.

“We work with all of our vendors to make sure that the service is both economically beneficial to them as well as us so that, in the end, everybody wins,” he says. “We’re really trying to grow the pie for everybody and then share in that value.”

CD One Price Cleaners and Tide (“Tidespin”) are examples of companies that utilize the Starchup platform, according to Chapleau.

Washio arrived on the scene in March 2013 after several months of software development. Jordan Metzner and his co-founder came up with the concept based on experiences both had had while living abroad. Metzner owned restaurants in Latin America and, while living in Argentina, would have his clothes washed in a “laundry service center.”

“I had this idea that if people could use the service and get the clothes picked up from their home, it would be an incredibly valuable service,” Metzner says. “When I came back to the States, I realized that by-the-pound laundry service was not something readily available except within New York.”

It partners with an individual laundry provider and an individual dry cleaner in each market that does the garment cleaning, Metzner says.

“I think that might change over time as our size changes and our geographical spread changes,” he says. “Currently, in most cities we operate in, we really focus on the city center, so all of our service partners are kind of by the center of the city.”

Each of these services’ creators believes that the use of technology to provide or enhance on-demand laundry and drycleaning services is really only getting started.

“The customer, in this day and age, they want that kind of instant experience, or at least want the convenience wherever they can find it,” Chapleau says. “We all have less time in the day than we ever have before and anything like this that can help me save time and energy is something that customers like.”

“Technology is changing the world around us,” Metzner says. “Even to this day, [doing] laundry is still a very manual process that has not been automated as many other things in our society have. I think, over time, you’ll see that technology could provide a significant benefit to lowering the cost and allowing the increase of service in the physical location to spread as well.”

“There are phenomenal opportunities on the horizon for those who embrace the technology and the paradigm swings that are happening in our society today,” says Rick Rome, founder and CEO of WashClub. “Whether they like it or not is a another story, but this is the reality of what’s happening.” 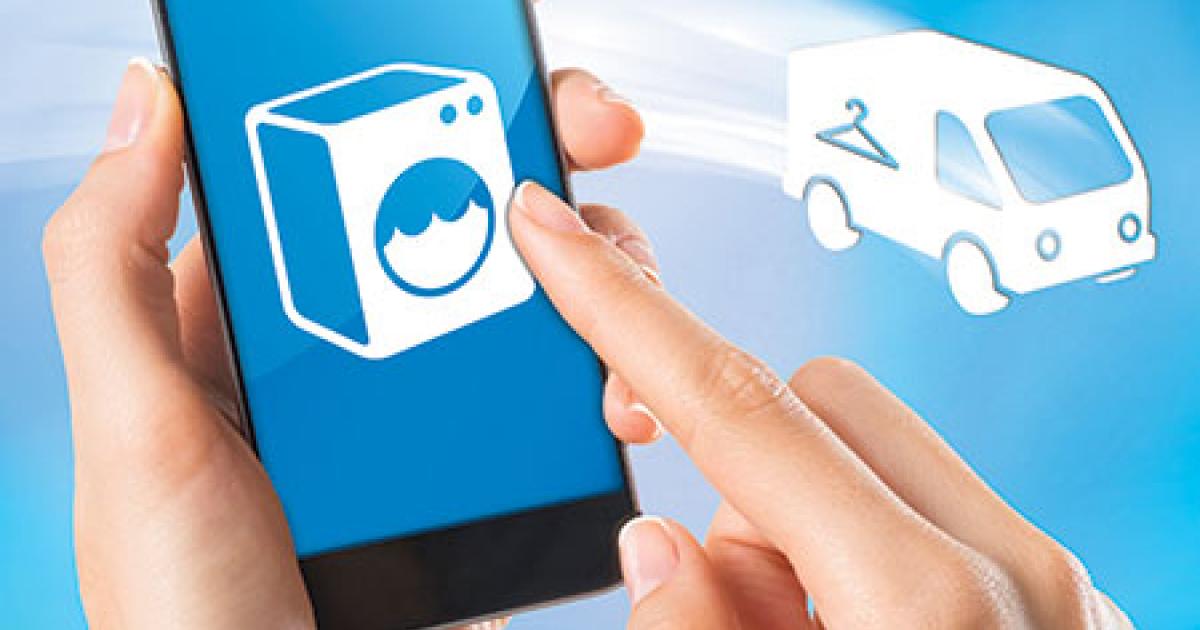