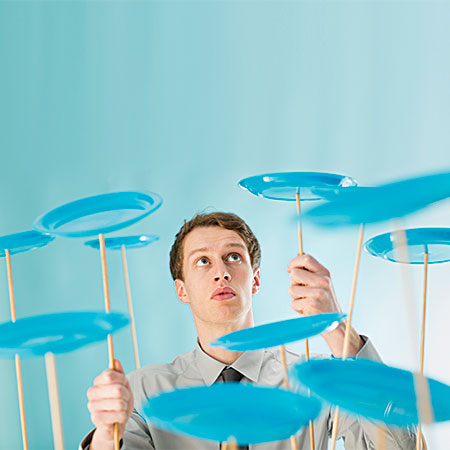 Does adding stores automatically mean you should seek management help?

CHICAGO — Developing a self-service laundry requires a singular focus on creating the best store for your community and its potential customers. But do you think you could maintain that kind of vision when you pursue Store No. 2? How about Store No. 3? Or No. 4?

Yes, adding more stores to your portfolio means more revenue-generating options for you but it may also place much greater demands on your time and resources. Indeed, you could find yourself spread too thin should you fail to recognize if/when you need operational and managerial help. It can take a lot to keep all those plates spinning.

Depending on the scope of services you provide from multiple locations, it could require you to employ dozens of attendants and even hire managers to oversee things onsite. Based on interviews with four owners from around the country, standardization and technology may be the multi-store owner’s most important tools for success.

THE TIME TO GET HELP

Does making the jump to owning and operating multiple stores automatically mean you have to hire management help to assist you?

“Delegation of responsibilities is mandatory,” says Hank Walter, owner of 10 Whale of a Wash Laundromats (and three car washes) in West Virginia. “I became borderline suicidal between stores four and five.”

“It’s definitely worthwhile to have a service tech when you have this many stores, and as large a stores,” Paul Hansen says of his Chicago group that includes five Su Nueva Lavanderia stores and a Mr. Sudsy store. “Realistically, I could probably manage the day-to-day collections on my own. The reason I hired the (general) manager is most of the employees are limited in their (ability to speak) English and I’m not very good at Spanish. So, to have a bilingual manager, and she was an attendant originally, so she knows the processes, knows what to do. It makes it easier.”

It wasn’t until the Hendersons, owners of Liberty Laundry, a three-store chain in the Tulsa, Okla., area, had added store No. 3 in 2014 that they made the decision to hire managers for each of their stores. Up until that time, family members were overseeing the operations.

“When you get to the point where you just absolutely don’t have the time, or can’t, or just really don’t want to cover any occasional shifts … having someone else who is ultimately accountable for making sure that those shifts are always covered—and it’s worth money to you—that’s when it’s time to really consider having a store manager,” says Brian Henderson, who served as the chain’s operations manager for several years.

“I would say a good number on stores is five, where you need to go to some type of middle management,” says Key Ramsey, president of 15 Keyway Supersudz locations in Mississippi. “It was a really good timing thing in that my oldest son had just graduated college when I was just starting my sixth store. My role today is development of new stores, and my sons’ roles are operations of existing stores.”

So what advice do these veteran multi-store operators have for the single-store owner who’s ready to branch out?

“If you work at another job and this is just a sideline and you want to do another store, just make sure you’re got the time,” Hansen says. “People seem to think that laundries kind of run themselves. When you first start out, it’s ‘buying a job.’ It takes a significant amount of time to learn all that stuff, and it just doubles if you add to it.”

“I guess I would tell them if you’re willing to go (store) No. 2, be willing to go No. 5,” Ramsey says. “I think that’s a good area to grow in but when you get to No. 6, you better be prepared to make some managerial decisions.”

“Decide, commit and stick to your business model and plan,” Walter says. “I decided I wanted to fix equipment, not do laundry (commercial accounts and drop-off service), as an example.”

Once you make the decision to hire managers to assist you, explain what’s expected of them and then let them do their job, Henderson says.

Miss Part 2? You can read it HERE.