FORT WORTH, Texas — Before a laundromat is ready to open to the public, a great deal of time and resources is commonly spent on getting the store’s interior and laundry equipment just right.

But store owners shouldn’t sleep on the importance of what real estate agents commonly call “curb appeal,” the attractiveness of the building and its surroundings when viewed from the street.

American Coin-Op interviewed a trio of laundromat owners with varied levels of experience about how they have approached curb appeal in outfitting their stores and why they think that aspect of their operation can contribute greatly to its success. Let’s continue with Turbo Laundry.

Turbo Laundry, Fort Worth, Texas, is a brand-new store that just opened in May. Aislin Gerow (pronounced “eyes-lynn juh-row”) co-owns the business with husband Erik Ward and partners Seth and Katie Hensarling.

The laundry is located in a freestanding building that’s part of a strip center development. It’s at the front of the property near the roadway. As many as 50,000 vehicles travel the route every day, so there are plenty of opportunities to catch the attention of passersby.

Gerow, a retired chiropractor, says she and her husband have been involved in various entrepreneurial endeavors for the last decade or so, but this is their first foray into the laundry business.

Supported by distributor Atlas Laundry Systems, the two couples leased the building and began overseeing its transformation into a laundry. But it wasn’t without some hiccups. The 60-year-old building had asbestos that had to be removed, and contractors couldn’t cut the slab because the building’s electrical service was wired beneath it. It took almost a year to remediate the issues and transform the structure, Gerow says.

The owners chose Huebsch laundry equipment, then carried the brand’s trademark “Citron” green through in the design of the store, starting with the pole sign and the sign above the door outside.

Inside, the folding tables are in the same distinctive green, and a faux tile wall prominently frames the Turbo Laundry logo.

Before the transformation, Gerow likened the space previously occupied by a liquor store to a “dark, dingy cave.”

“The windows were blacked out, and they were only half height. … So we took out most of the storefront in the back and front and replaced that with floor-to-ceiling windows. Clear windows, so that you can see in. Then we added lots and lots of bright LED lighting.”

Automatic doors on the front and the back are functionally attractive as well as aesthetically pleasing. There are ramps leading from the sidewalk into the parking lot to easily roll carts in and out.

And Gerow, who says she “pretty aggressive about keeping everything tidy,” regularly directs her staff to go outside several times a day to pick up any trash.

“I think we’ve done everything possible to make sure that every aspect of the store is something that will invite [customers] in.”

Check back Tuesday for more about Curb Appeal! 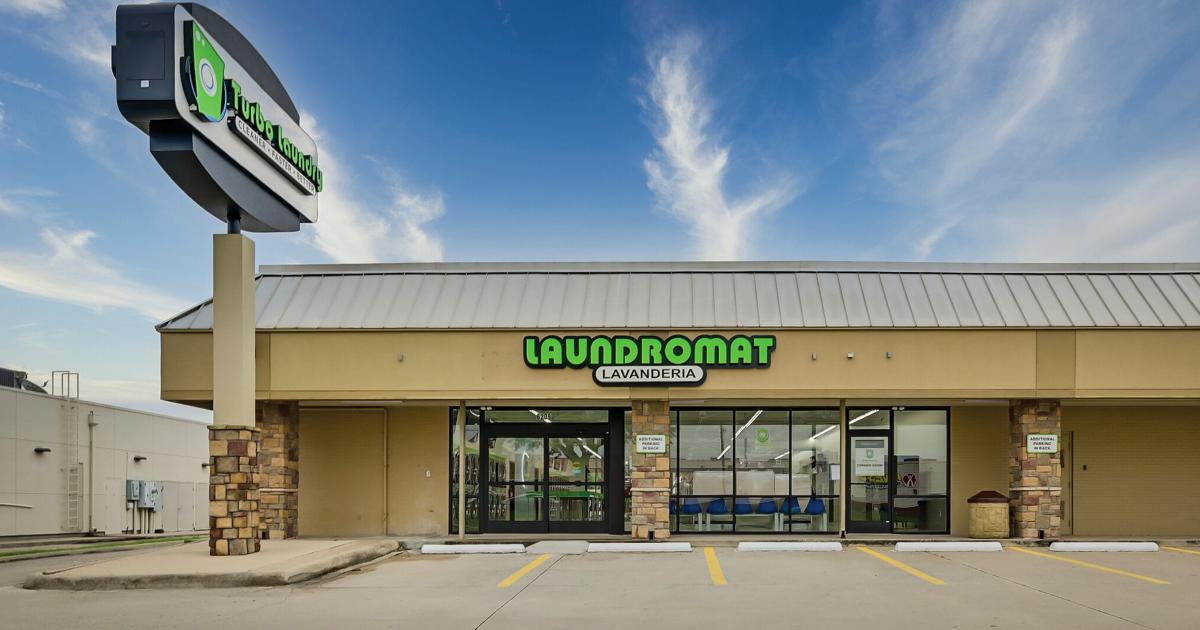 Aislin Gerow, co-owner of Turbo Laundry in Fort Worth, Texas, and her partners oversaw the transformation of a “dark, dingy cave” once occupied by a liquor store into a welcoming, well-lit “Citron” oasis that beckons to as many as 50,000 vehicles driving past each day. (Photos: Turbo Laundry) 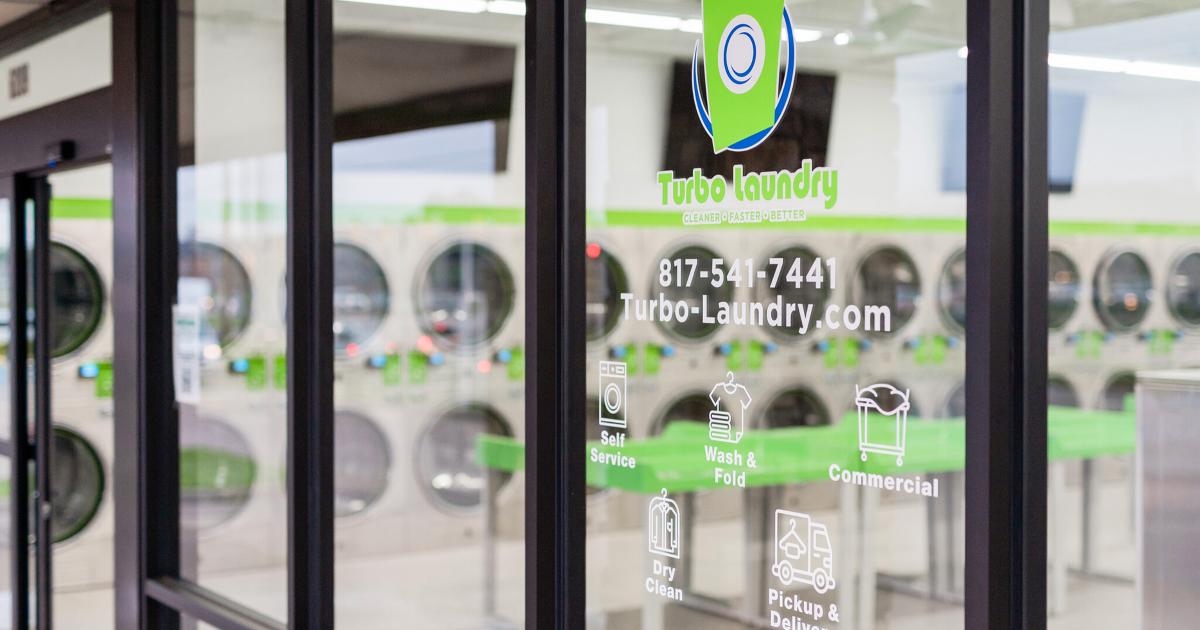 Important details about Turbo are easy to read but take up minimal space on a front window. Nearby, the automatic doors look functionally attractive as well as visually pleasing.