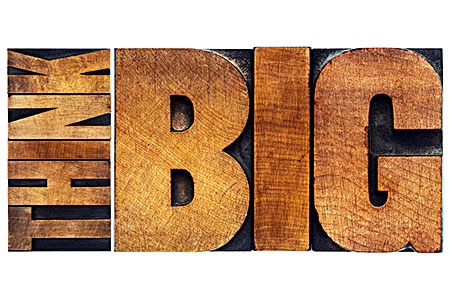 ATLANTA — It’s a scene that plays out in vended laundries across the country. That regular customer lugs several bags of clothing into the store, sets a bottle of detergent on the counter, and begins to stake out a row of top-load washers. Two, three, sometimes four machines are occupied by one customer.

The scene likely brings a smile to the owner’s face. Heck, one customer has three or four machines in use, so why shouldn’t they be smiling? More machines in use mean more revenue, which leads to more profit.

Ahhh, the top-load washer. The mainstay of our business. So much so that many dated laundries still rely on them to carry the volume of the wash cycles. Today’s more modern facilities, however, are reducing their numbers and relying more on large-capacity machines.

The old adage of “If it isn’t broke, don’t fix it” cannot apply to our business any longer. True, a store with top-load washers and single-pocket dryers can still turn a profit. But as we have already discussed in Part 1, offering something new in the form of extra capacity can increase the profit potential. If your store is holding tight to the top-load formula, it’s likely just a matter of time before you see a new entry into your market.

The objections I hear are that the upfront cost is too much and the return on investment (ROI) is too long. My counter? It’s really just simple math.

Think about this. In that store of top-load washers with basic controls and cycle selections, let’s say we are looking to just swap out three. The owner is maybe vending them at $1.75 per cycle and, conservatively, we’ll say they are turning three times. That’s $5.25.

In the same footprint, we can place two 40-pound washer-extractors with upgraded controls that offer more selections and cycle modifiers. These machines will vend for upward of $5. Add in a hot water wash, and a couple more cycle modifiers, and you are easily at $6. Multiply that by the three turns and the total is $18 per machine. So the three top loaders would total $15, while two washer-extractors would total $36.

Simple question: Are you in business to make $15 or $36? Are two washer-extractors with greater cycle flexibility in the same square footage as three top loaders with limited cycle selections a better decision?

This is an example using just three washers. You can imagine how the revenue increases with a total store retool. I’ll also stress that faster cycle times, coupled with the fact the one customer is no longer occupying three or four machines, opens the door to far more turns. As business owners, that’s what we are after — getting people in and out fast. When we do that, our stores can handle more customers.

Every customer is worth roughly $500 a year, and if we can conservatively add even just 10 new customers, that’s $5,000 more gross each year.

While it seems cliché or “salesman speak” to say that such a retool will pay for itself, it’s quite close when one factors in the improved efficiency of the washers and reduced drying times (due to high G-force extraction).

By swapping out single-pocket dryers for stack tumblers, stores can increase drying capacity in roughly the same footprint. Think about a 45-pound stack in the space of a single-pocket 50, offering 90 pounds of capacity in the space of 50 pounds before. By matching the stacks up one-for-one with the new washer-extractors, owners not only gain better efficiency, but again, the ability to handle more turns per day.

Stores also are better positioned to go to a single vend price for 30-minute dry cycles, with a 25-cent option to add five more minutes.

The store owners I work with on such retools are quite often surprised that the pro forma shows a 24-month cash-on-cash return on such projects. The key is being cognizant of where the bottlenecks in your laundry are and right-sizing the retool to eliminate these pain points to increase profit potential.

We aren’t always great at stepping outside our businesses to see the full picture. Some owners might look out at all the top-load washers and single-pocket tumblers turning and see success. But how many potential customers are they missing out on? This business is about profit per square foot and turns, getting as many people in and out each day as possible. There’s no debate that large-capacity machines accomplish both.

Retooling a Laundromat with these units isn’t an inexpensive proposition, but when the numbers are laid out and their efficiency taken into account along with the potential to drive greater traffic, the ROI can be surprising. Bigger can, indeed, be better for overall turns and returns.

Bill Kelson is director of vended laundry sales at TLC Tri-State Laundry Companies, a Speed Queen distributorship, based in Atlanta. He has more than 30 years of experience in the commercial laundry equipment industry.