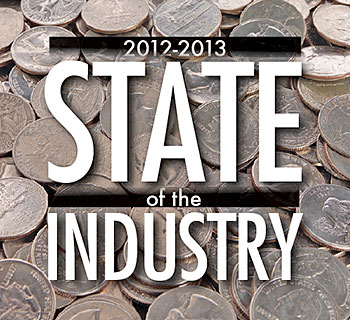 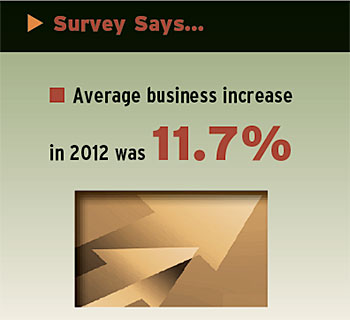 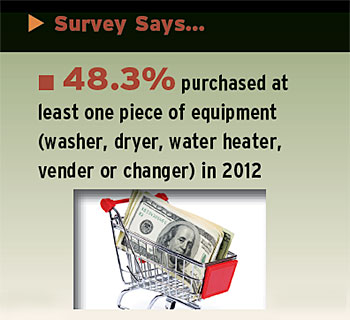 CHICAGO — How do you think your self-service laundry business compared to others in the industry last year? Did you have a good year or a bad year in 2012? How does your pricing compare to others?

American Coin-Op’s annual State of the Industry survey offers you the opportunity to compare your operation to others in the industry. It focuses on 2012/2013 business conditions, pricing, equipment, common problems, turns per day, and utilities cost.

In 2012, 54% of respondents saw their overall coin laundry business increase from 2011.

Here’s a closer look at the 2012 business increases (the figures relate to those reporting increases, not all respondents):

Were the losses consistent last year or did they vary? Here’s a closer look at the 2012 business decreases:

Approximately 16% of operators reported their 2012 business was unchanged compared to their 2011 results.

Overall, these results continue to reflect year-to-year improvement, on average. The number of operators reporting an increase in business was up slightly from last year, as was the average business increase.

Drop-off service has become a popular choice for self-service laundry operators looking for ways to help customers free up time for other pursuits, and the numbers continue to bear that out.

Approximately 42% of respondents reported that drop-off-service business (gross dollar volume) increased in 2012. For 2011, approximately 32% reported business increases in that category.

The average drop-off-service business increase last year was 16.2%, falling below 2011’s average increase of 17.3%, but it’s worth noting that 77% of respondents whose drop-off service improved in 2012 reported double-digit gains.

Approximately 32% of respondents said their 2012 drop-off-service business was unchanged from 2011.

Check back on Monday for Part 2: Washer, Dryer, and Drop-Off Service Pricing