NEW YORK — Since the Americans with Disabilities Act—the ADA—was signed into law in 1990, it has served to protect the interests of the disabled who wish to perform everyday activities, including doing laundry at their local laundromat.

Someone who’s well acquainted with the ADA and its impact on small businesses is Eric M. Sarver, Esq. He’s a New York City employment law/labor law attorney with 23 years of experience, including 21 as the founder of his own firm.

For a time, he mainly represented and litigated for employees who claimed they were discriminated against due to their disability. In 2013, he shifted to representing businesses of all kinds, including laundromats and dry cleaners, helping them with compliance and best practices.

“In a nutshell, I would say that the ADA is a federal civil rights law that prohibits discrimination against individuals with disabilities. That includes people going to work, and their employment,” he says. “It protects people in public and private places that are open to the general public: restaurants, bar, laundromats, hotels.”

Over the last 10 years or so, attention has increasingly been placed on online aspects of a business, such as the website used by a pickup and delivery service. Can a blind person utilize it?

“For example, we’re talking about public-facing accommodations for customers and patrons. That would be under Title III of the ADA and that would be enforced through the U.S. Department of Justice (DOJ).”

If a laundromat doesn’t follow the law in hiring a disabled person, it might be subject to the EEOC, or Equal Employment Opportunity Commission.

Depending on where your store is located, that city or state may have its own agency responsible for ADA oversight. In New York City, for example, it’s the Commission on Human Rights.

As far as federal law, which the DOJ enforces, a business could face fines if it fails to meet certain ADA requirements, Sarver says. A judgment might include an order to lower equipment that is too high or to build a ramp where there currently is none. But there is opportunity to address any issues before a penalty is issued. A business submits a plan of action to address the alleged violation(s) and then has 120 days to complete it, for example.

“They do have a chance after (receiving) first notice to fix the violation. Let’s say that before a lawsuit is filed, there is a waiting period that the business has to address the violation before legal action is taken, before they’re assessed a penalty.”

Laundromats are located in big cities and small towns, in urban centers and remote outposts. Is ADA compliance more likely to be enforced in a metropolitan area vs. a rural setting?

“People may be more aware of their rights under the ADA in certain metropolitan locations,” Sarver says. “No. 2, you have a larger metropolitan population, so you simply have more people coming across your establishment.”

There also may be a higher percentage of disabled persons within that population, and residents there may have greater access to legal counsel.

“I would venture to say yes but I don’t want your readers to get the impression that, if they’re in a rural setting, they’re kind of off the hook for compliance,” he says. “The ADA doesn’t make a distinction between metropolitan and rural. Your laundry could still be in a ‘one-horse town’ and receive a penalty if you don’t comply.”

Rather than relying on Google to answer your ADA questions, Sarver suggests working with an employment lawyer in your area to make sure you’re up to date on the latest changes and how your business is expected to reasonably accommodate all customers.

“Most able-bodied owners don’t think to the minutiae, to the detailed level of what needs to be in place, so they think wheelchair, ramp and bathroom stall. And they don’t think about the change dispenser, the folding table, the mirror in the bathroom, that kind of thing.”

Editor’s note: Information in this article is provided for educational purposes only. It is not intended to provide specific advice or individual recommendations. Consult an attorney for advice regarding your particular situation. 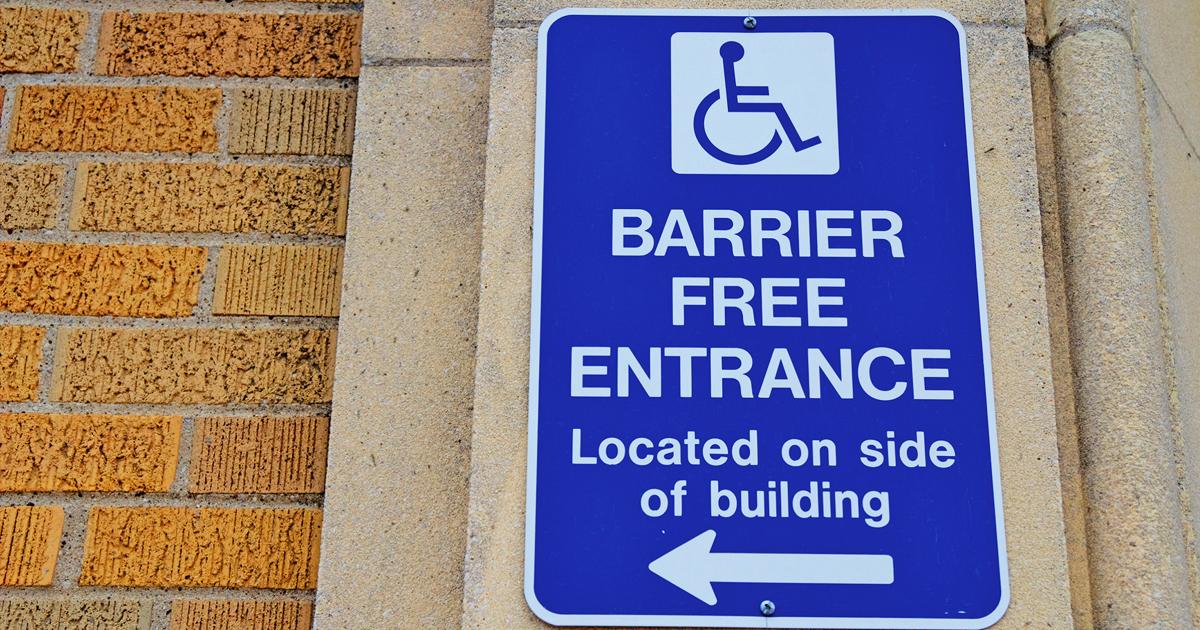