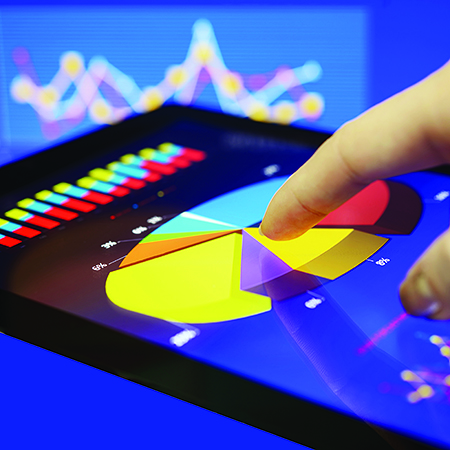 CHICAGO — How did your self-service laundry business measure up with others in the industry last year?

Did your drop-off service thrive, or did you see profits go down the drain? Are your vend prices in line with what your peers are charging?

American Coin-Op’s annual State of the Industry survey offers store owners and operators the chance to compare their operation to others in the industry.

In instances where respondents were asked about 2014 business results, they were given the opportunity to state whether their results were up, down or unchanged.

This is a departure from surveys compiled in 2011 and earlier, when respondents were asked only if their business was up or down. Keep this in mind as you’re making comparisons to previous years’ results.

This survey is an unscientific electronic poll of American Coin-Op readers who operate stores. Some percentages may not equal 100% due to rounding.

An even 60% of respondents own just one self-service laundry, while 40% are multi-store owners (22.9% of total respondents own two or three stores, 17.1% own four or more stores).

In 2014, 58.8% of operators say their overall coin laundry business increased from 2013. Specifically, these operators reported an increase in business (gross dollar volume) in 2014 compared to 2013.

In last year’s survey, 55% of respondents reported an increase, while 54% reported seeing sales growth in the survey prior.

Below is a breakdown of 2014 business increases (the figures relate to those reporting increases, not all respondents):

Close to 12% of respondents say 2014 business was unchanged compared to 2013 business.

Overall, these figures reflect a continued growth in business, on average. The percentage of respondents reporting an overall increase in business in 2014 jumped more than three percentage points from 2013. The average business increase has continued to dip in the past three years, however, and marks the lowest it’s been since 2009’s 7.9%.

The average business decrease (6.6%) was nearly two percentage points lower than 2013’s. This improvement is also reflected in the number of operators suffering a large business deduction (15% or more), which shrank from 11.8% in 2013 to an even 10% in 2014.

Drop-off service—a convenient choice, particularly for customers who have little to no time to do their laundry—has taken a fall in the past year, according to the latest numbers.

Roughly 18% of operators reported that drop-off-service business (gross dollar volume) increased in 2014. This figure is roughly 6% lower than 2013’s 24%.

Approximately 27% of respondents saw a decrease in drop-off-service business, up seven percentage points from 2013’s 20%.

Close to 55% of respondents say their 2014 drop-off-service business was unchanged from the previous year. This figure saw only a slight dip from 56% in 2013.

Current drop-off-service pricing (in dollars per pound) ranges between 80 cents to $2.

Below is a breakdown of the most popular drop-off-service prices (per pound), followed by the percentage of operators who use them:

Overall prices for drop-off service are consistent with last year’s figures. However, it seems that operators are charging a little bit more for the service as $1.25, a figure not reported in the most popular prices last year, has crept up to tie with $1 in the No. 1 spot.

In total, 10 different drop-off-service prices were reported in this year’s survey.

Close to 66% of operators offer drop-off service, which is on par with last year’s figure of approximately two-thirds of respondents.

Check back Monday for Part 2: Trends in washer/dryer pricing!