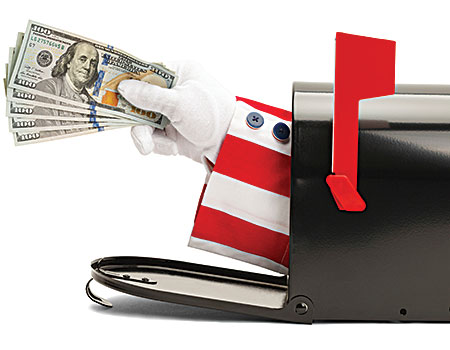 Tax rate for C corporations lowers to 21%; laundry equipment could be fully expensed

ARDMORE, Pa. — Are you ready for tax “reform?” Thanks to the recently passed Tax Cuts and Jobs Act (TCJA), the tax rate for incorporated coin-operated laundries and businesses will be reduced from its current 35% to 21% — for the 2018 tax year and thereafter. And, although the business tax cuts are, for the most part, permanent, the tax cuts for individuals are only temporary, expiring in 2026.

Unfortunately, while regular C corporations will be taxed at a flat 21% tax rate, the majority of small businesses operating as pass-through entities will face new personal tax rates higher than the corporate tax rate.

Pass-through businesses operating as partnerships, limited liability companies (LLCs), S corporations and sole proprietorships pass their income to their owners, who pay tax at the individual rate. The TCJA created a 20% deduction that applies to the first $315,000 of income (half that for single taxpayers) earned by coin-operated laundries operating as S corporations, partnerships, LLCs and sole proprietorships.

All businesses under the income thresholds can take advantage of the 20% deduction. For pass-through income above this level, the TCJA places limits on who can qualify for the pass-through deduction, with strong safeguards to ensure that so-called “wage income” does not receive the lower marginal tax rates for business income.

Thus, while providing a deduction for up to 20% of pass-through income, that 20% deduction applies only to pass-through business income that has been reduced by the amount of “reasonable compensation” paid the owner. This, in essence, ensures the owner’s top effective marginal tax rate will be no more than 29.6%. Lawmakers have yet to provide a definition of what is meant by “reasonable” compensation.

Unlike in past years when vended laundry owners and operators were required to claim depreciation, spreading the recovery of their equipment costs over several years, many businesses will be able to fully and immediately deduct the full cost of certain equipment. Even more notable, this change is retroactive to Sept. 27, 2017.

Despite the narrowing of differences between so-called “bonus” depreciation and the tax law’s Section 179, first-year expensing, with both offering 100% write-offs for new and used property, Section 179 remains a valuable option.

The immediate write-off, or “expensing” of capital assets, is appealing because, unlike so-called “bonus” depreciation, the use of equipment doesn’t have to begin with the coin-operated laundry business.

Prior to the TSJA, owners and operators were allowed to expense the cost of a business asset to the tune of $510,000 in 2017 ($500,000 adjusted for inflation), with the maximum deduction reduced, dollar-for-dollar, as additional assets placed in service exceeded $2.08 million. With the new law, businesses will be able to expense up to $1 million in 2018, with the new phase-out amount set at $2.5 million. Naturally, as with the earlier amounts, these amounts will be adjusted for inflation.

In the past, with a few exceptions, interest was usually tax-deductible, protecting the ability of small businesses to write off the interest on loans so necessary to the operation’s growth — or survival. In an attempt to “level the playing field” between businesses that capitalize through equity and those that borrow, the TCJA caps the interest deduction to 30% of the adjusted taxable income of a coin-operated, self-service laundry business.

A special rule applies to pass-through entities that requires the 30% determination to be made at the entity level rather than at the tax filer level. In other words, at the partnership level instead of the partner level.

Other exceptions exist for small businesses, generally those with gross receipts that have not exceeded a $25 million threshold for a three-year period.

Information in this article is provided for educational and reference purposes only. It is not intended to provide specific advice or individual recommendations. Consult an attorney or tax adviser for advice regarding your particular situation.

Mark E. Battersby is a freelance writer specializing in finance and tax topics. He is based in Ardmore, Pa.