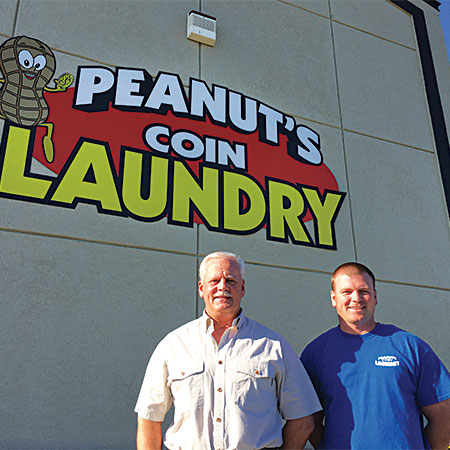 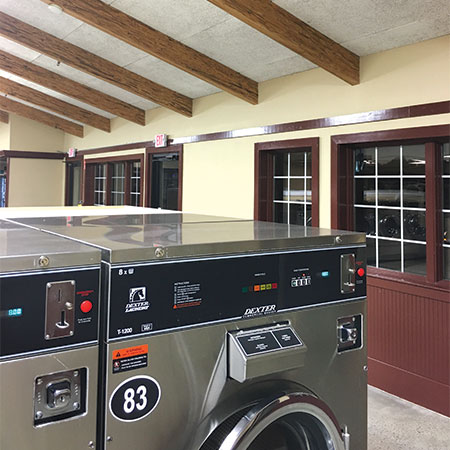 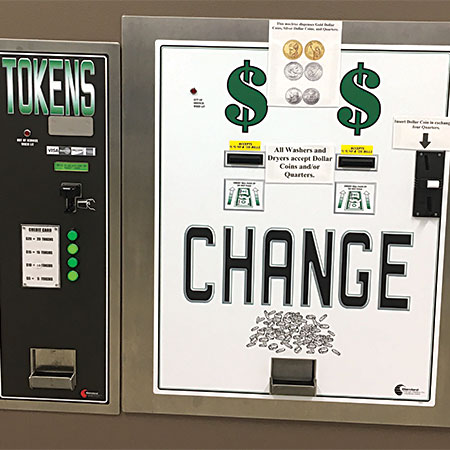 AUGUSTA, Ga. — Little did Steven Dawkins know when he gave his daughter’s hand in marriage to Casey Norman that he, too, was getting hitched. The proud father, whose favorite snack earned him the boyhood nickname “Peanut,” gained not only a son-in-law, but a business partner for his conventional coin laundries with the rather unconventional name.

The duo — close as two kernels in a shell — have cracked open lucrative east Georgia markets with their Peanut’s Coin Laundry brand, where simplicity of design lends itself to the intuitive interaction between man and machine in an around-the-clock self-service environment.

Out of a lone coin laundry/car wash outpost grew a diverse 10-operation chain, maturing rapidly with three single purpose-built coin-op openings in as many years. And along the way, the special bond between father-in-law and son-in-law strengthened as the younger proved his worth to the elder.

“Without Casey, we would not be here having this conversation,” the 57-year-old Dawkins tells me as we get acquainted awaiting his partner’s arrival inside their most novel project to date — a buffet steakhouse-turned-laundry.

Hearing the tale of how the pair ended up with this latest smorgasbord of washers and dryers was worthy of a detour off Interstate 20.

‘SCARED TO TURN IT LOOSE’

“I thought I made the biggest blunder of my life,” Dawkins recalls of getting his feet wet in the business 18 years ago when he scooped up a neglected coin-op/four-bay car wash tandem near his established pressure washer supply distributorship in rural Lincolnton, Ga. While vacationing the next week, anxiety over the new venture got the best of him: “I was just nauseated. I knew nothing about it.”

He chuckles, remembering more broken machines on offer than working ones. After sprucing up the bays and tossing laundry equipment to make way for new, higher-capacity models, “business took off,” Dawkins smiles, noting the changeover from gas-guzzling dryers and an inefficient water-heating system dropped his propane gas bill enough to cover the entire equipment note.

The novice owner became a fixture in the coin-op, wiping machines and emptying lint with his wife at closing time.

“I was scared to turn it loose and take my eyes off it,” Dawkins says of the nightly routine, a ritual he slowly weaned himself from over the course of the next 15 years.

Servicing industrial and commercial power wash supply accounts in eastern Georgia and western South Carolina allowed him to keep his ear to the ground, culminating in picking up two more existing car washes and the buildout of a second coin-op.

Overseeing four operations and a supply house — plus a nightcap back at the flagship — filled his plate.

“I couldn’t do anymore and was at my limit,” Dawkins says of his pre-dawn runs before heading to the office and a return trip to mop up.

ANOTHER SET OF HANDS

Plateauing at age 53 was short-lived. Enter Norman, 27 years his junior, who was out of college and working as a surveyor when he began courting Dawkins’ daughter, Katelyn. The young suitor with a good head on his shoulders caught her father’s eye as well and was tapped for a post at the distributorship.

“I said I’d never hire family, so I didn’t know where it might go. I hired him and it worked out great,” Dawkins remarks.

Within months, the couple wed and the new son-in-law was introduced to the rest of the family — that is, the sudsy chain. Along with daily store visits, he was handed one of his father-in-law’s cherished nights closing up shop.

At first, Norman didn’t fully embrace the self-service biz, but it quickly grew on him. The newfound passion for the sister industries was well-timed: With another set of hands, Dawkins was gearing up for expansion, moving from his rural roots to metropolitan Augusta, a city better known for championship links than world-class laundry.

It was here that Peanut’s found fertile ground with the development of two freestanding coin-ops, the first taking shape in the western enclave of Grovetown.

The 3,200-square-foot, 34-washer/38-tumbler-pocket venue was designed to maximize throughput by neatly packaging an array of machinery laid out in a utilitarian fashion and housed in a well-lit, attractive building boasting ample parking and good curb appeal.

While proud of the prototype, Dawkins admits working off blueprints made things difficult to tweak, leading him to be his own harshest critic.

“We should have done this and this and this,” he says, emphasizing that his next building project, undertaken 10 miles away, took those elements into account and made that coin-op more “bulletproof.”

The second Augusta area venture — a 3,600-square-foot structure on a partially developed 2-acre lot — became bogged down for nine months as city fathers sought $200,000 in site work and water detention as part of the approval process, running up the tab to $1.1 million before the first wash.

At about the time the green light was given to turn dirt, Norman, whose day-to-day role had ramped up, caught wind of a car wash ready to be put on the block some 30 minutes west in Thomson.

Approaching his father-in-law to take on rundown bays at this juncture took guts, but Norman was convinced the site could be turned around. Dawkins characterized the operation as a “dump,” and says a trusted car wash distributor advised him to “run.”

Norman persisted, spending countless hours studying the market and assuring the patriarch it was a winner. Reaching a meeting of the minds with the seller, he phoned up his father-in-law who was driving at the time and the deal was closed at the side of the road.

“He gave us the keys and we paid him a couple of weeks later,” Dawkins remembers.

The young partner put his heart and soul into the wash bays, getting them operational and earning back the patronage of residents in the bustling county seat west of Augusta.