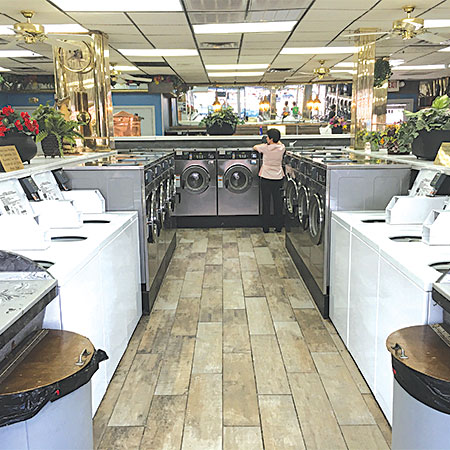 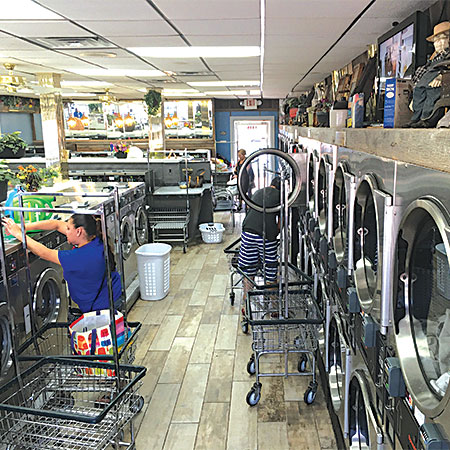 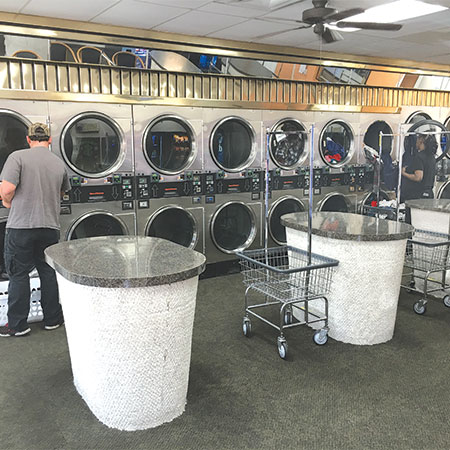 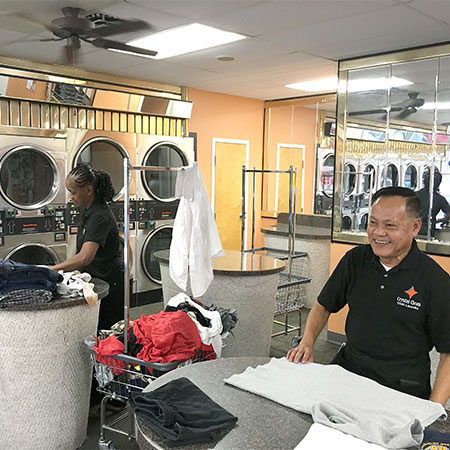 KISSIMMEE, Fla. — Take two Chicago siblings, hit the restart button in Florida, introduce an iconic laundry operator from back home, then toss in some dryer lint and a check for a hundred grand, and you’ll begin to understand where Bob and Donna Wallner have been. Call it kismet in Kissimmee.

This brother-sister duo teamed up in this city best known as a gateway to Disney and home to the largest rodeo east of the Mississippi. Mickey might have the Magic Kingdom around these parts, but the Wallners got Coin-a-Magic Laundromat.

The immaculate Coin-a-Magic is a shining example of the Wallners’ success.

The 50-foot-by-50-foot freestanding building enjoys both front and rear access, meaning fewer footsteps to the 47 washers and 46 tumbler pockets — all upgraded under their stewardship. A line of four 60-pounders and a single 80-pound washer stand just inside the back door and within close proximity to three back-to-back bulkheads containing rows of 20- and 30-pound front loaders along with a half-dozen top loaders. The store’s 1,300 pounds of combined wash hold is backed by nearly 1,500 pounds of stacked, multi-load tumbler capacity.

The front call station serves as a hub for over-the-counter transactions, as well as a vantage point for both staff and the laundry’s blue-and-gold macaw mascot, Peanut. Having a feathered friend in-house is just part of Coin-a-Magic’s magic, where homespun meets high-extract spin.

The iron on the floor might be state-of-the-art, but the décor is peppered with throwbacks to a bygone era. From his perch, Peanut peers out as the wash day crowd maneuvers among gold-tiled bulkhead risers and dryer banks showcasing laundry memorabilia accented by mirrors and rustic wood planks. Even the building exterior is dressed up with hand-painted murals of Kissimmee life during simpler times.

Preserving the store’s kitschy side while updating equipment was the Wallners’ way of showing respect for the man who cobbled together storefronts to assemble the world’s biggest wash-and-dry up North, and later brought local flavor to a Southern rodeo-town laundry. The siblings say keeping the ornaments intact was looked upon favorably by Fancher and helped cement their relationship. “We want to keep his legacy,” Donna emphasizes. “Some of those things will never change.”

When Fancher died, his widow Beverly was left saddled with a rented-out laundry in nearby Orlando that was spiraling out of control. She reached out to the Wallners, who stepped in, consulted with their longtime sales rep Rusty Parks, and set out to revitalize the 3,600-square-foot venue.

Like Kissimmee, the laundry bore Fancher’s signature motif, but this time around housed a pair of macaws, siblings Jack’n Jill. While the birds may have been in fine feather, the washer lineup wasn’t. To lure back patrons, new equipment and sprucing up the dual-storefront coin-op was job one.

With Crystal Clean Coin Laundry’s refurbishment complete, customers are now welcomed in by a wide, sliding power entryway leading to a modern array of 33 washers and 38 dryer pockets neatly trimmed with a golden perimeter and mirrors galore. Particularly eye-catching is the spacious folding area in the south half, where carpet softens both the floor and the bases of the custom-built islands.

It was this most recent project that would draw the Wallners into last year’s art contest, walking away with top honors and washing away a six-figure equipment financing note.

Donna held a fascination for lint art, but never pursued it due to time constraints. With the prospect of clearing the Orlando store’s debt with dryer debris, she put tumbler trash on the front burner and instructed staff to put aside colorful wads of fuzz when clearing machine trays.

“I pretty much had lint everywhere for weeks,” the artisan recalls, adding that pinned notes to her desk would announce yet another find. In two months’ time, she had a treasure trove of fluffy material to work with and approached her brother on the next move. Bob turned the talk to Kissimmee. “This is what started us. We bought this store and built off of it,” he says.

Timing was critical as the two were toying with the idea to replace the classic facia sign with garden variety channel letters. The plan was scrapped and the four panels refaced. Coin-a-Magic’s storefront — with its crown-shaped calling card and patriotic flags — would be replicated in lint and bring the siblings’ path to the American dream full circle.

Guided by an enlarged photo, Donna laid a blank canvas on her dining room table, drew out a rendering, and toiled nightly for weeks, piecing together the tiny clumps with a helping hand from family members and close friends.

Her tools of choice: tweezers, glue and a nail file. “You’d be surprised what you find in lint,” Donna says of the surgical removal of “the things you didn’t want.”

To fill color voids, attendants ran dryer loads of freshly washed items. “It’s not dyed. I bought a lot of towels,” Donna informs me, a comment that brings a smile to her brother’s face.

As the art piece took shape, her once skeptical partner was stunned. “It was unbelievable,” Bob recalls of seeing the work in progress.

Donna had trepidations to enter the competition and maintains she doesn’t consider herself artistic. One thing is for sure, they’ll never see lint the same.

“We look at it differently. It has a lot of value,” she says. Her brother nods in agreement and quickly interjects, “The lint drawers have always been worth money. We always used to take lint out and find money. It kind of came around and this time it really was worth a lot.”