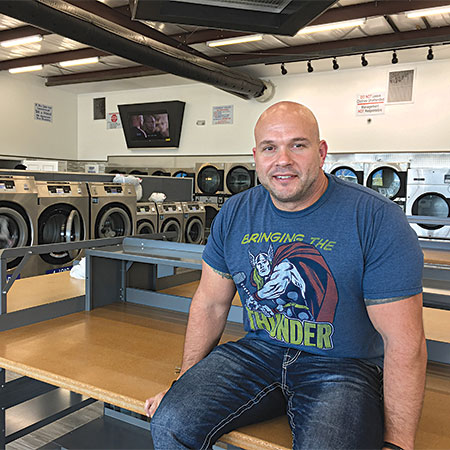 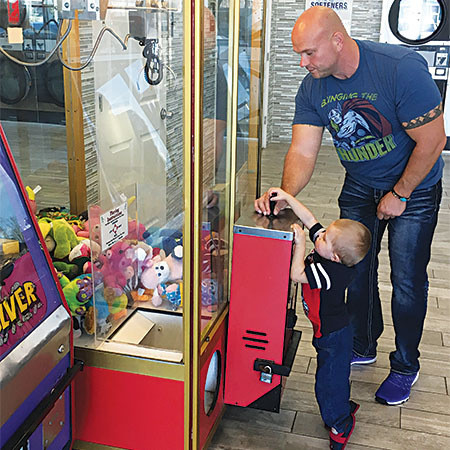 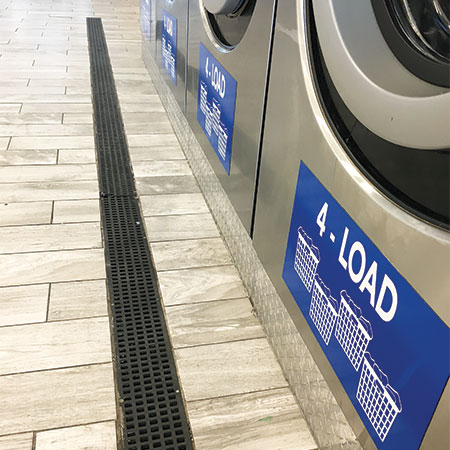 JACKSONVILLE, Fla. — My chat with Ben Gottlieb is on hold: Something’s up by the soap vender, where a 2-year-old is tugging at the shirt of the muscular operator after hearing quarters hit the collection bucket. The tot wants to play the crane novelty game and his mom is busy spending her hard-earned money on laundry. His plea is met with some free rounds and a stuffed toy.

The softer side of this gentle giant of Jacksonville’s coin laundry scene is playing out right before my eyes. Gottlieb is well-known in the local market, where he owns one of every 10 stores, as well as to those who follow the industry online.

His real-world persona — not the digital one peppered with an occasional rough-and-tumble forum posting — truly defines the man behind one of the Sunshine State’s biggest success stories.

“I took care of that kid for a couple of minutes while she could load her machine and I was the babysitter,” he tells me. “It didn’t cost me anything. The crane machine money is going right back in my pocket.”

The freebie likely won over the mom’s patronage. She’s just one of thousands who’ve seen how big of a heart Gottlieb has and repay him by flocking to his chain of coin-ops. Just ask the 744 area residents who were handed Butterball turkeys at three of his nine locations during last Thanksgiving’s annual giveaway. The same for the kids riding new bikes, and parents toting home TVs, after winning December holiday raffles.

And that’s not all: As a climax to drawings in a handful of stores, he literally pulls out his checkbook.

“Whoever wins, I’ll go to their apartment complex or wherever and pay the rent,” he says of the promotion that he says costs him a few grand each year, but well worth the investment.

“I give away stuff,” Gottlieb says, adding that while free soda pop or soap by others is a nice gesture, it’s not advertising.

The acts of kindness and generosity may draw wash trade to his eight Jacksonville and single St. Augustine outposts, but it still comes down to giving them what they need on laundry day: plenty of machines in a clean and spacious environment to get the job done.

That’s very much in evidence at Gottlieb’s state-of-the-art facility occupying 4,000 of the 34,000 square feet of shopping plaza space he built from the ground up and cut the ribbon at last June.

The stainless steel front-load washer-extractors, vending from $2.50 to $10, offer patrons a scrolling menu of setting options. Two sets of three machines — an 80-pounder, flanked on each side by 60-pounders — stand front and center just inside the store’s dual entryways. As customers walk down the wash aisle, the balance of 60-, 40- and 20-pound capacity machines, along with four top loaders, taper toward the dryers.

“I would never build another store without floor drains in front of the washers. There’s never going to be water out there,” the owner says, gesturing toward the aisle. “It’s just not going to happen.”

Diamond plating is carried over to the dryer wall to give the twin 75-pound single pockets and eight 30-pound and 12 45-pound stacks a clean line at the floor.

Hanging beneath the exposed deck is the main entertainment — a four-sided, scoreboard-style monitor with four jumbo TV monitors — giving the place more the air of a basketball arena than a place with laundry baskets. Just as impressive are the dual overhead 16-foot-diameter fans keeping the air-conditioned laundry even more comfortable with a gentle circulating breeze.

Natural light floods in on the north and east sides through storefront glass that extends along the perimeter. Weathered wood planks, salvaged from a storm-damaged warehouse, add a rich texture to the décor above the windows.

Gottlieb, whose other stores are rehabs, says he had to bring his A game to Monaco. This time around, the veteran wasn’t married to a layout and needed the flexibility to create a winner, especially when vying for wash customers down the road from what he notes is Jacksonville’s highest-volume coin-op.

“I had to separate it from my competitor,” he explains. “It was a blank canvas and nothing here but dirt. I could do whatever I wanted, so I felt it was time to see what a five-star laundry would look like. I think I’ve come pretty close to that.”

In Thursday’s conclusion: Everlasting education, and a candid stance