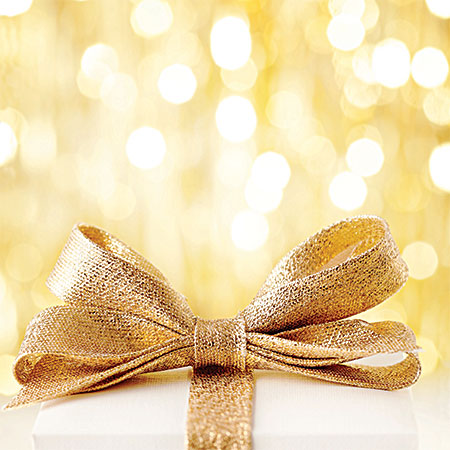 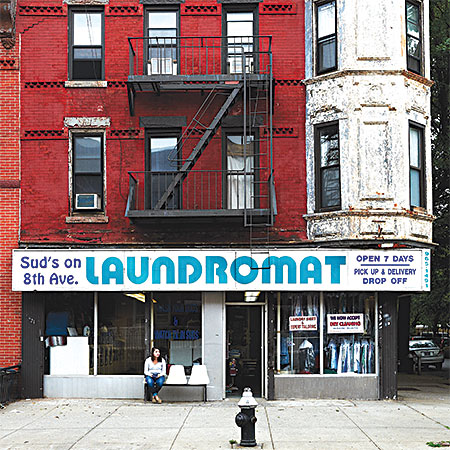 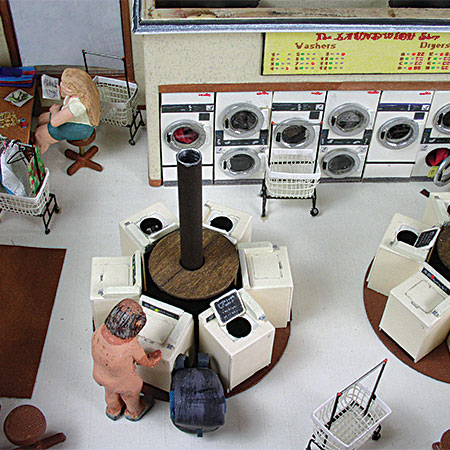 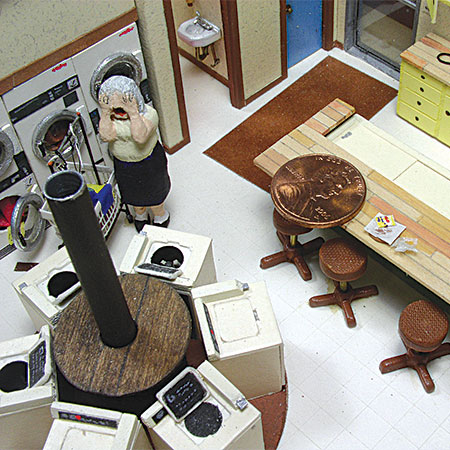 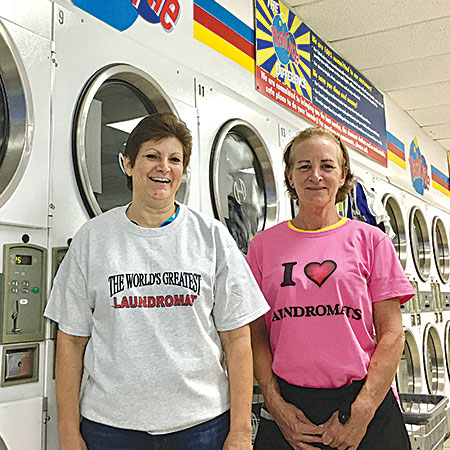 CHICAGO — Taking the road less traveled involves an occasional detour for those one-of-a-kind finds with a tie to coin-ops. With the holidays just around the corner, it’s time to consider a laundry-inspired gift for that special someone on your list.

THE BIG APPLE IN 187 SLICES

Laundromat, a glossy 187-photo tribute to the colorful storefronts of New York’s coin-ops, is not your typical coffee-table book. Covering the five boroughs of Brooklyn, Manhattan, The Bronx, Queens and Staten Island, the work of Icelandic director and photographer Snorri Sturluson, of the artistic collective Snorri Bros., places the neighborhood coin laundry literally front and center.

At first glance, the montage may seem redundant, leaving readers with the sense that the same awning and sign company was contracted to decorate each and every storefront. But looking past the bright overhanging canopies and ubiquitous window signage touting drop-off service to the ever-present street life, one gains an appreciation of how well the coin-op is interwoven into Gotham’s fabric.

And with neighborhood gentrification and skyrocketing rents claiming small businesses one by one, those hundreds of unassuming storefronts captured by Sturluson may well become a thing of the past.

Photographed over a five-year period from 2008 to 2012, Laundromat journeys street by street, borough by borough, into the most densely populated self-service market in the country. But while Sturluson brings us up to the doorstep, his camera remains perched outside; we’re denied access to the classic interiors.

For those hungry for all things coin-op, Laundromat’s sidewalk vantage point will leave them less than satiated. At least he offers up a street address for each venue should anyone decide to book a busman’s holiday to the metropolis.

A seven-page essay titled All Washed Up: The American Laundromat by writer D. Foy, appearing at the back of the book, won’t sit well for those hoping New York’s — or, for that matter, the nation’s — classic coin laundries would be portrayed in glowing terms.

While acknowledging Sturluson’s collection of photographs “would be an homage, on the one hand, to Laundromats and the people who use them and an elegy, on the other, to an America that used to be,” Foy’s piece quickly kicks this neighborhood institution and those who frequent them to the curb.

His dark tone is rooted in memories of patronizing unsavory coin-ops while residing thousands of miles away in California. “Whatever we may say about Laundromats, whatever goodness they may give, every single one I’ve ever known is an oasis of despair,” he writes.

Further on, under a section heading “The Toilet’s Prettier Sister,” Foy paints a disturbing picture concluding one paragraph by penning, “The Laundromat is the place we go to publicly and communally discharge the waste we’re helpless to discharge in private.”

As unsettling as his contribution is, Foy’s insight into the mechanics of the photo artist’s visual presentation is thought-provoking and worthy of a read.

Laundromat is published by powerHouse Books and available at Amazon.

BUILDING A LAUNDRY IN 307 HOURS

If, like me, you appreciate scale models as works of art, cast your eyes on Al “Caveman” Smith’s tabletop creation, “The Laundwich Shop.”

This is by no means your run-of-the-mill, miniaturized version of a cookie-cutter laundry layout with rows of painted balsa-wood blocks passing off as front loaders. Smith’s creation is spot-on when it comes to capturing not only the finer details of a coin-op, but laying bare its humorous side.

Peering in the storefront windows with the aid of built-in illumination, the rather bizarre goings-on at the hybrid self-service laundry/deli counter sandwiched between two slices of bread comes into view. Is that really the figurine of a buck-naked man standing by the top loader?

Lift the removable top slice to get a bird’s eye view of the patron sans clothing waiting for his pants and shirt to spin out, as well as the attendant who prefers to hide at her desk flipping through a magazine rather than take in the spectacle over by the front door.

From washer coin slides and stack tumbler directional arrows to the racks and hangers on rolling carts, the meticulous handiwork of Smith’s 307 man-hours to complete the project (over a year and eight months) is very much in evidence and best appreciated by coin-op aficionados. Although the model-maker is not a laundry man, he just nailed it — even down to the ribbed dryer kick plates.

During a phone call to the artist at his Anacortes, Wash., studio on the Pacific Coast, Smith told me the piece was inspired by his visits to a once-thriving combo laundry/cafe in downtown Seattle that is now shuttered, having served its last wash and meal many moons ago.

While The Laundwich Shop has been displayed in gallery settings, this one-of-a-kind art piece currently resides with the octogenarian sculptor at his workshop and carries a $6,000 price tag.

Additional photos of “The Laundwich Shop” can be viewed at www.cavemanal.com.

If the scale-model laundry is a gift-giving budget-buster, have no fear and tap into a couple of online marketplaces offering customized T-shirts and other items with a laundry flair that won’t break the bank.

For those whose heart is in our beloved industry, the company also boasts “I Love Laundromats” T-shirts in eye-catching colors.

The folks over at CafePress can help fill stockings with shirts proclaiming “The World’s Greatest Laundromat” for around the same $20 mark, along with $10 coffee mugs reminding those who get stressed running a coin-op day-to-day — or in the weeks leading up to the hectic holidays — to “Keep Calm by Focusing on Laundromats.”